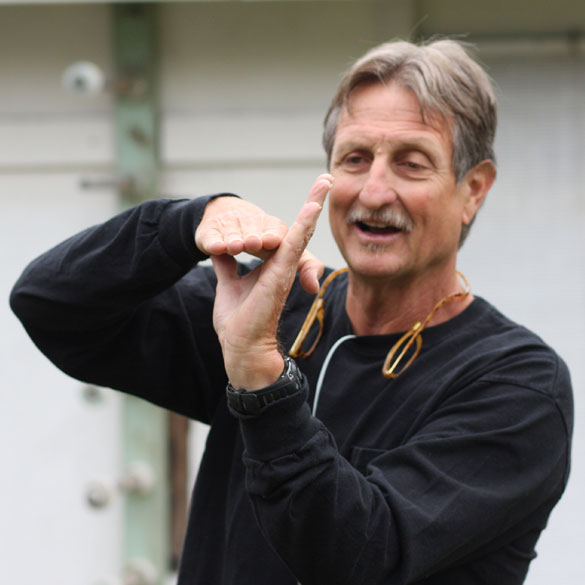 In this new age of fitness awareness,
the notion of balance training is essential,
particularly in board sports utilizing the core muscles.

The Indo Board Goal

The Indo Board goal is to introduce a FUN and CHALLENGING way to exercise the bodies balance control systems. Even though balance is so easily taken for granted, human movement is dependent on balance and coordination. In this new age of fitness awareness, the notion of balance training IS essential, particularly in board sports and all physical activities utilizing the core muscles.

If you are serious about cross training for your particular sport or activity, then the Indo Board is the ideal device to keep you tuned when you are not in the water. The Indo Board works for all surfers, whether you ride a shortboard or a longboard. Leg strength is the most overlooked physical necessity of all surfers. Improve your leg strength and your core strength and athletic performance will improve guaranteed!

Designed by Hunter Joslin, an avid user of balance boards since 1965.

Hunter Joslin, a surfer and skateboarder for over 55 years, developed the Indo Board Balance Trainer over a thirty year span beginning with the first proto-type in 1975. In 1998 Hunter decided to market the Indo Board commercially and developed the brand, company website, distribution, marketing channels and officially launched the product in September of that year at the Surf Expo trade show in Orlando, Florida. Originally designed to train surfers out of the water, Hunter soon discovered from his growing cadre of loyal Indo Board fans, that the apparatus was much more than a surfing simulator.

Users reported increased leg strength and core fitness while experiencing a high degree of entertainment and fun when using the Indo Board. Since that time Indo Board enjoys the distinction of being the most recognizable brand of balance trainers in the Action and Board Sports industries. In recent years Indo Board Balance Trainers have become increasingly popular as a tool for improving balance and for proprioceptive conditioning in all types of athletes in sports ranging from archery to ice hockey. We are proud to have endorsements from countless Olympic Medalists, World Champions, National Champions and other elite athletes in virtually every sport.

Today we are continuing to expand into the Health and Fitness Industry as an excellent tool for training clients ranging from young to old that are looking for a new, innovative, safe and fun way to improve their balance, proprioception, kinesthetic and postural awareness, kinetic chain stability, agility, coordination, core strength and neuromuscular response. Indo Board is now also found in many elementary, middle and high schools all over the United States and Europe as a tool for introducing youth to a fun, effective way of being active while improving
balance, coordination and agility. 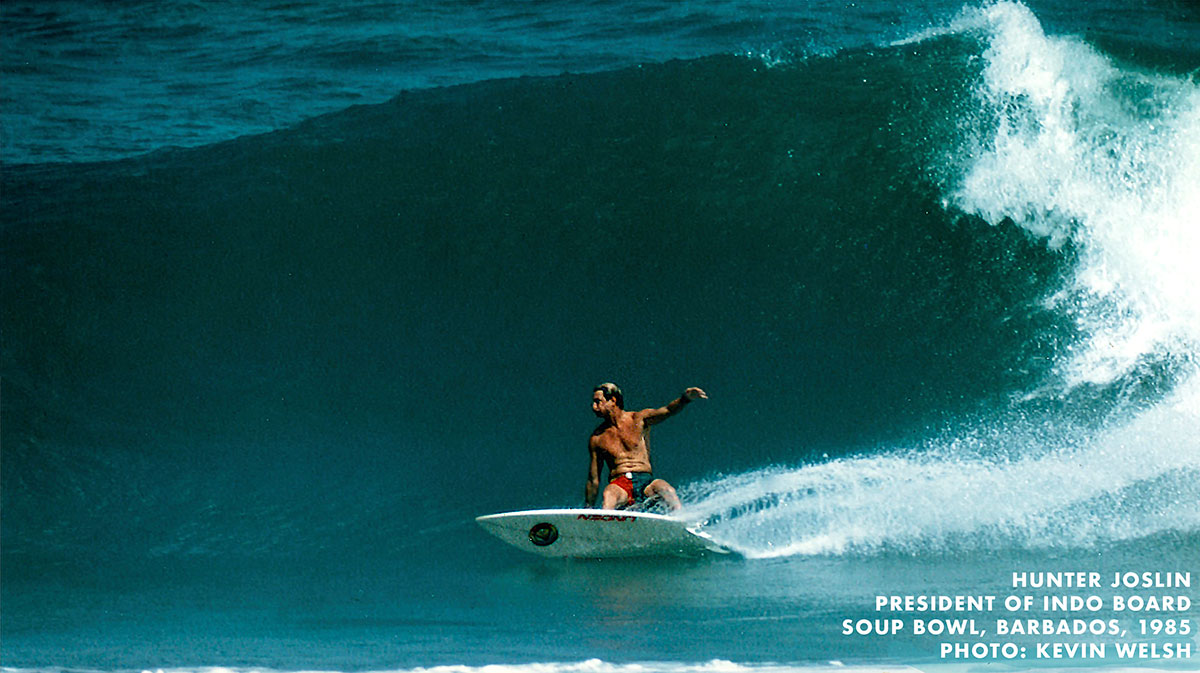 Indo Board founder, Hunter Joslin, has always been fascinated with and passionate about, balance. The surfing boom of the 60's hit Hunter full tilt in 1965, going to the beach at every possible chance to pursue the innermost limits of pure fun.  At age 16, as an avid competitive swimmer and fledgling surfer, he had his first introduction to a homemade balance board. This began an obsession with mastering the device. Hunter would ride on the balance board every night after swim team practice while doing his homework. On the sidewalk or in his garage, he would spend hours upon hours on the board, becoming quite proficient, inventing tricks and innovative maneuvers. The results were evident in his surfing when he was able to ride a surfboard better than most of his friends who were spending much more time in the water.

In 1973 he started working for a surfboard manufacturer as a sander and a polisher. With the newly discovered urethane wheels reviving the sport of skateboarding, Hunter began building skateboards, as well as skimboards, and balance boards, which led to the discovery of the unique Indo Board design in 1975 when he mounted a skimboard on a roller. The wider deck allowed for a more stable ride, and a greatly increased range of motion, which brought hours upon hours of fun experimentation. In 1976 Hunter took a serious look at the possibility of marketing a balance board when he traveled to Washington D.C. to research patents, and educate himself about the legalities and logistics of developing the concept. He then quickly decided that the timing was not right, and that his motivations were much more focused on following his surfing and skateboarding endeavor.  Surfing led him to embrace skateboarding as a means to stay in shape for the next swell, and he became fully entrenched in the "Dogtown Era" of the sport.

Along the way Hunter discovered he had a knack for announcing at skateboard contests with a comic flair and precise descriptive overview of the maneuvers and action. In 1978 Hunter was spending two weeks per month out in California, deeply immersed in the birth of vertical skateboarding. He found himself announcing the first Henry Hester Pro Bowl Series which was the beginning of the direction to where skateboarding is today. He also wrote numerous articles for Skateboarder and Surfer Magazine. In 1983 he picked up the microphone at a pro surfing event in Jensen Beach, Florida. His broadcasting style, presence and personality were an instant hit, effectively launching his m/c career in professional surfing. To date Hunter has announced over 150 professional surfing events including 16 ASP Pro Tour events in California, Australia, Barbados, Costa Rica and the East Coast. He also announced the very first two Professional Wakeboard Tour events in 1991 as well as several events for the Women on Water Pro Waterskiing and Wakeboarding Tours. In 1998 Hunter was hired by NBC to be the Head Judge for the Gravity Games street luge and downhill skateboard events in Providence, Rhode Island. Throughout the years he remained an avid surfer, and evolved into a world-class longboard surfer, recognized as a member of the legendary Donald Takayama Hawaiian Pro Designs team. Hunter's worldwide surfing adventures have taken him to 23 countries including Japan, Barbados, Nicaragua, Panama, El Salvador, Costa Rica, Mexico, Peru, Ecuador, Chile, Puerto Rico, the Bahamas, France, England, Hawaii, Indonesia, Australia, and the Galapagos Islands. He parlayed his travel experiences into several different business endeavors, including a woodcarving and bamboo furniture import business from Bali, importing bikinis from Australia, and a travel agency for surfers. In the late nineties he ultimately decided what he really wanted to do was pursue his passion and belief that he could design, build, and market a better balance board, one that was versatile, fun, and functional at the same time.

In the fall of 1998 the Indo Board Balance Trainer was incorporated and trademarked, and a new era in balance boards was launched. Originally designed to train surfers out of the water, Hunter soon discovered that the apparatus was much more than just a surfing simulator. Users reported increased leg strength and flexibility, so it became apparent that the Indo Board was an excellent cross trainer for all sports and fitness disciplines. Hunter's keen interest in the dynamics of balance led to a fervent study of the concept of proprioception, biomechanics, and functional fitness training. He has emerged as a qualified, passionate coach of balance training and advocate of core fitness.  Today, Indo Board is the most recognized brand of balance board trainers for action sports athletes and offers one of the most extensive lines of innovative balance training products on the market with distribution spanning the world.

Get the latest updates on new products and upcoming sales